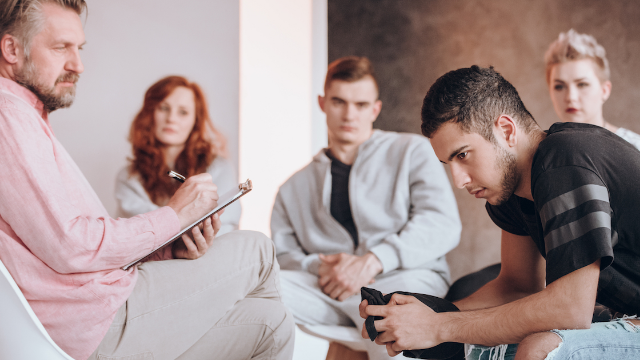 Guy asks if he was wrong to walk out on family's intervention for his alcohol problem.

No one looks forward to taking part in an intervention, regardless of which side of the situation you are on. It's uncomfortable and unpredictable, and anything can happen. But if you have no idea it's coming - it will hit you hard.

On Reddit, a guy asked for advice following an intervention his family held for him after he was hospitalized for alcohol poisoning. Under the guise of a dinner get-together, his family asked him to get treatment for substance abuse, and he walked out.

As a social drinker in his early-20s, he admits he got drunk at a party and took things too far. But he insists he's just drinks in social settings and doesn't have an addiction. However, this time, he ended up in the hospital.

I’m 23 and I got incredibly drunk at a party two weekends ago and ended up with alcohol poisoning. I do relatively drink a lot, but only in social settings.

I spent the rest of weekend in the hospital recovering. It was a one time stupid mistake.

After being discharged and feeling better, his parents invited him over for dinner. When he walked into their house, not only were his parents and brother present- but a total stranger was with them. This stranger told him that his family was very concerned and wanted him to get help.

Yesterday, I went over to my parent’s house for dinner.

When I walked in, they were all sitting in the living room with somebody I’d never seen before.

I asked what was going on and my brother told me to sit down. I did and the man I didn’t know started talking.

To summarize, he said that my family was worried for me and wanted me to go to treatment.