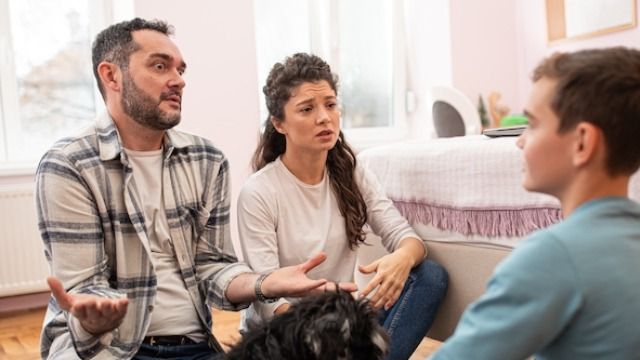 Woman asks if she's wrong to ask her nephew not to call her fiancé 'dad.'

Sisters were brought up to share everything, but that's usually more about clothes and toys than fiancés and kids, right? Reddit user u/EntireAd8057 found herself in a stressful situation when she realized her sister was trying to steal her fiance... to be her son's father.

After a recent blow-up with her sis over her nephew calling her fiancé "dad" instead of "uncle," this frustrated poster turned to Reddit to ask:

AITA (Am I The As*hole) for telling my sister to stop acting as if my fiancé were her son's dad?

My (24F) sister (23F) had my nephew Joe during her first year in college. The father is absent in his life and only pays CS.

She has always hated the idea of my nephew growing up without a father figure and since our only brother is 17 and our dad passed ten years ago, she dated recklessly for a while and introduced him to a bunch of dudes.