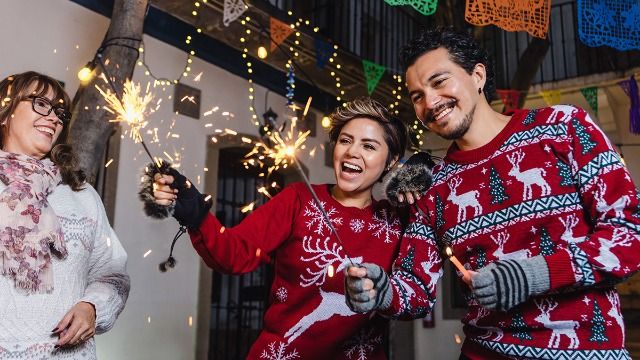 Woman tells family not to speak Spanish at Xmas; mom says husband 'made no effort.'

AITA for telling my family they can’t use Spanish on Christmas Day or my husband and I are not coming?

My (f35) family is Mexican and we live in TX. Everyone in my family is bilingual and they tend to mix English and Spanish constantly. My siblings spouses have all learned some Spanish, some better, some worse, but they can still participate in all conversations.

I’ve been with my husband for 10 years. He took a few classes but he found it too difficult and decided that he can’t learn a language as it isn't his thing just like math isn’t his thing and he dropped it.

Every family gathering (there are a lot of them) he feels left out because everyone switches back and forth and he doesn’t understand them. I have to translate for him and it really must be uncomfortable for him.

This year he said that he’s not coming, he feels excluded and even when he talks with non Mexican spouses, they mix and match languages and he felts it’s to mock him because there’s no need to.