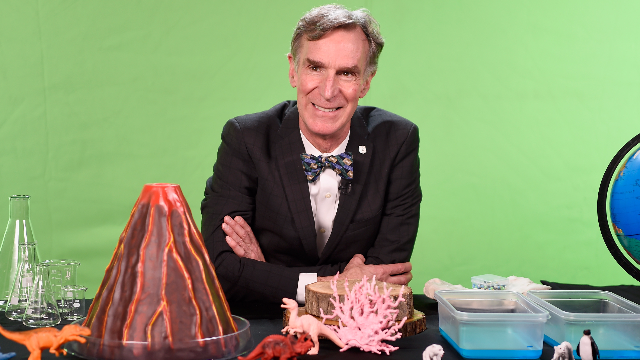 There's nothing worse than a Snapchat interrupted by an unwanted cameo–except when the person making the surprise appearance is freaking awesome.

A group of gals were recently rocking out on a mirrored elevator while wearing bathing suits, so of course they were filming themselves for Snapchat. But mid-dance move, the elevator doors opened to reveal none other than...Bill Nye The Science Guy.

The clip was posted to Twitter, where it was liked over 757,000 times. In the short video, the women stop dancing as soon as the doors open, they turn around, and they immediately realize they are in the presence of Bill Nye, wheeling a suitcase. "Hi girls," he says, upon seeing their shocked faces. He's already caught them dancing, so there's no need to play it cool at this point. They erupt into a chorus of gasps, "No!" "Oh my god!" and "Wow!" He calmly strolls into the elevator, selects his floor, and offers a small wave to the group.