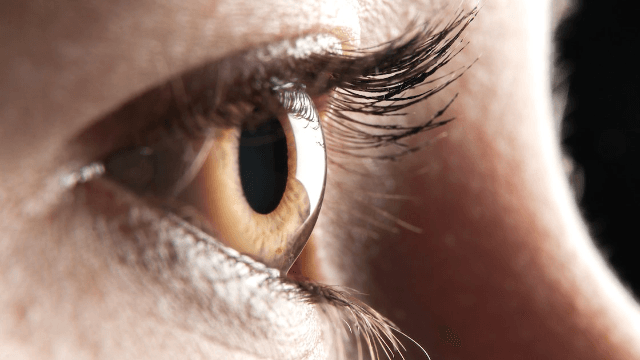 A woman had 27 contact lenses removed from her eye. Your day could be worse.

Hey champ, Mondays are rough. But at least you're not the 67-year-old woman from the U.K. who recently went to the eye doctor for routine cataract surgery only to have doctors find and and remove 27 contact lenses from one of her eyes.

Ever wondered how many contact lenses you could fit in one eye? Us neither! But now we know it's (at least) 27. Cool!!!!!!! And this story somehow gets even grosser. Because according to a report in the British Medical Journal (BMJ), "a bluish foreign body" emerged from the patient's eye, which turned out to be a "hard mass of 17 contact lenses bound together by mucus."

"It was such a large mass," said experts at the hospital. "All the 17 contact lenses were stuck together." (Doctors then found 10 more upon "further examination," BMJ reports.)

The patient was "quite shocked," said the experts, "she thought her previous discomfort was just part of old age and dry eye." The experts said they were "really surprised" that the patient wasn't aware of the clump of contacts in her eye because it would "cause quite a lot of irritation while it was sitting there."

They explained that the patient, who had been wearing contact lenses for 35 years, had "poorer vision in the right eye and deep-set eyes, which might have contributed to the unusually large number of retained foreign bodies."

"Retained foreign bodies" makes it sound like her eyes were invaded by extra-terrestrial beings which, honestly, wouldn't be any more terrifying than the reality.

This is one tough lady. If I have so much as a tiny spec of dust in my eye, my whole day is ruined.