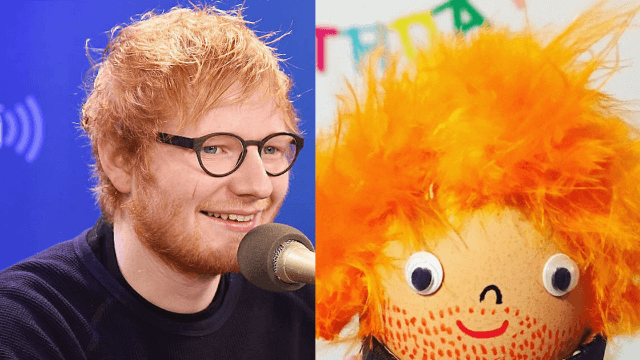 Ed Sheeran's song "Shape of You" from his newest album Divide is dominating the charts in the UK and Ireland, and apparently the popular singer-songwriter is also dominating... Easter baskets? (He already has a baby doppelganger, so it only makes sense that he has some egg doppelgangers, too.)

Apparently, a bunch of kids around the UK are giving up the traditional coloring of Easter eggs in favor of making "Egg Sheeran" displays. Many of them feature a tiny little egg version of Ed Sheeran, on a stage, performing for a crowd of non-Sheeran eggs.

Parents around the UK have been taking to Twitter to share their children's Egg Sheeran masterpieces, and I have to say, they're pretty cute.