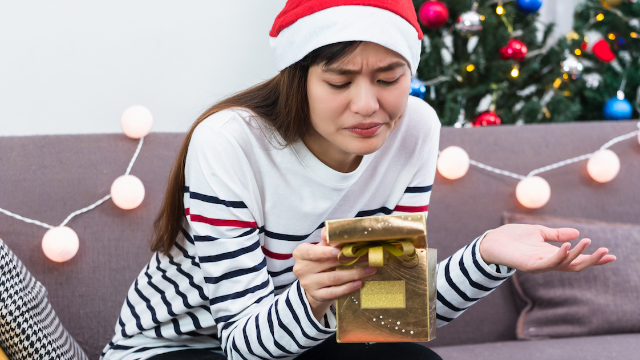 People are sharing the worst 'Secret Santa' gifts they've ever seen someone receive.

"Secret Santa" is a holiday tradition that has been tearing apart friend groups and creating chaos in office environments for a long, long time. If you've ever had the pleasure of participating, you know that every Secret Santa has winners, and losers. And whoever gave the "losing" gift(s) will be shunned or secretly hated well in to the New Year.

People on Reddit are sharing the worst "trade deals" in the history of Secret Santas. These 25 people share the most terrible gifts they've ever received or seen given as part of this tradition.

Avoid giving any of these things as gifts unless you're trying to ruin Christmas. Can we all agree that to avoid disappointment, every Secret Santa participant should stick to gifting booze and/or scratch-off tickets going forward?!!??

Bought someone £20 worth of chocolate (general limit is a fiver).

They proceeded to ask for the cabbage back