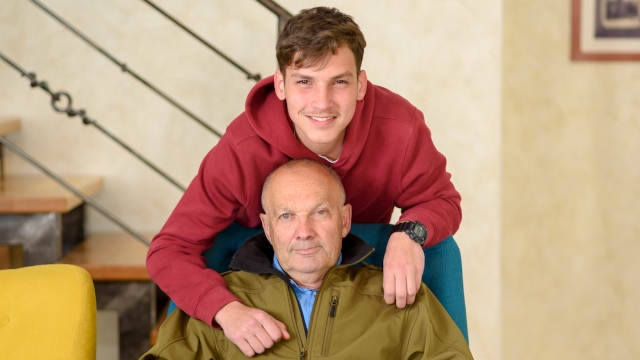 Grandpa defends gay grandson by disowning his homophobe daughter for kicking him out.

This is a story about a guy named Chad who has a terrible mom, but the world's greatest grandpa. And it's a tear-jerker so if you're in public, make sure you have sunglasses on. Recently, Chad's mom kicked him out of the house for being gay. Because that's what "Jesus would've wanted" or whatever bullsh*t excuse so-called "religious" people use to justify bigotry. Heartbreaking.

Luckily, his grandpa took him in. He also sent a letter to his daughter, Chad's mom, and it's one of the best things I've ever read on the internet. And I've read all of the things.

In the letter, the grandpa exposes his daughter's hypocrisy and bad parenting by using her own exact words to disown her, the same way she disowned her son.