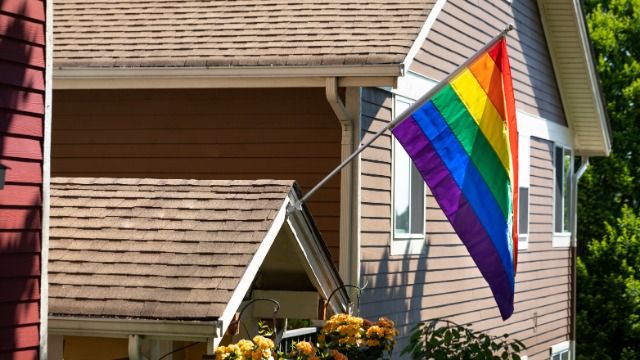 Family lights up house in Pride colors after their HOA banned rainbow flags.

With their pointless rules and endless red tape, homeowners' associations can be a real pain. But one family figured out a way to circumvent the rules at their HOA this Pride month.

A family member posted on Reddit that their HOA banned everything but the American flag from being flown — and then someone reported this family for flying a small Pride flag. They decided to take down the flag and bathe the entire house in the colors of the rainbow.

The rule was sparked by "opinion flags":

Due to some neighbors flying BLM flags, Thin blue line flags, and other opinion flags, our HOA decided last month that we’re only allowed to fly the USA flag, and nothing else. They day after the decision, we receive an email that someone reported our Pride flag (that we had in our house since 2016), and that we needed to take it down. We complied and removed the flag.