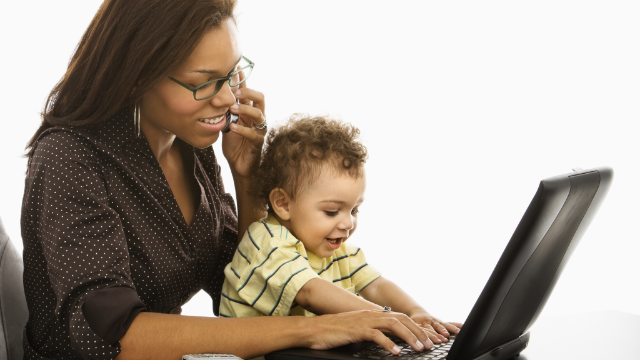 People applaud judge who held lawyer mom's baby while swearing her in.

A lot of moms worry about being judged by their employers and higher-ups because they have to take care of their kids.

But one man in a position of authority welcomed the presence of his mentee's child at a professional event, and he's earning viral praise for it.

Judge Richard Dinkins of Tennessee was swearing in new lawyer Juliana Lamar when he reportedly grabbed her son from the audience so that he could be part of the ceremony. He held the baby and bounced him on his hip while reading Lamar, who once clerked for him, her oath. A video of the swearing-in posted on Twitter has received over 10,000 retweets.

Y'all. Judge Dinkins of the Tennessee Court of Appeals swore in my law school colleague with her baby on his hip, and I've honestly never loved him more. pic.twitter.com/kn0L5DakHO