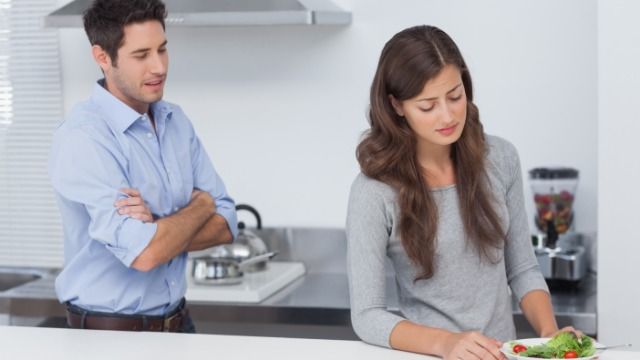 Man asks if he's wrong to ask wife on diet to cook him separate meals.

When one member of a couple is on a diet and the other is eating freely, it can be a stressful situation.

He says his wife gained some weight during quarantine:

My wife gained some weight over the past year and was already overweight, so she wanted to make change. She's also pretty short, so the amount of calories she needs to eat is a lot lower than me. I'm 6'4 and an average weight for my height.

She started using the '1200isplenty' sub to get ideas for foods and so she's constantly getting excited about low calorie substitutions for things. Stuff like cauliflower instead of rice, spaghetti squash, halo top, PB2, etc. She's a good cook anyway. But because of the way she measures and portions out things I end up still hungry and going through lots of snacks where I'd rather just have a filling meal.