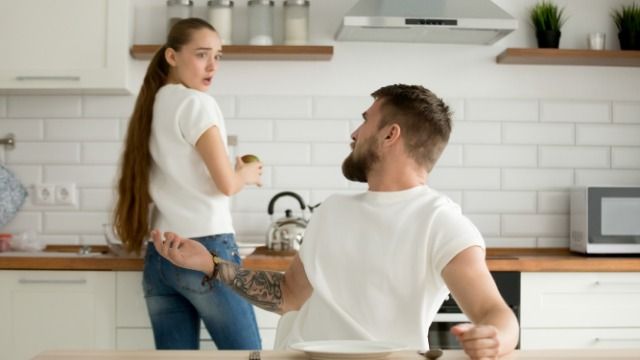 Man asks if he's wrong for telling wife who hates makeup to 'lighten up.'

A person's relationship with makeup is pretty much no one else's business. But what if their stance on the use of cosmetics starts bleeding into other people's lives?

A man has taken to Reddit to ask if he's wrong for telling his wife to "lighten up" about makeup after she ranted against it at a dinner party. The plot twist: he also got on her case about not wearing make up on their wedding day, which seems like a big no-no.

So does she need to chill out or does he? Here's the full story.

He calls her refusal to wear makeup an "issue":

My (32M) wife (29F) and I have been together for 5 years, married for just over 2. One issue that’s cropped up over our entire relationship is her refusal to ever wear makeup. I think she’s beautiful without it, but there have been times and occasions where it was expected/appropriate for her to wear makeup and she refused.