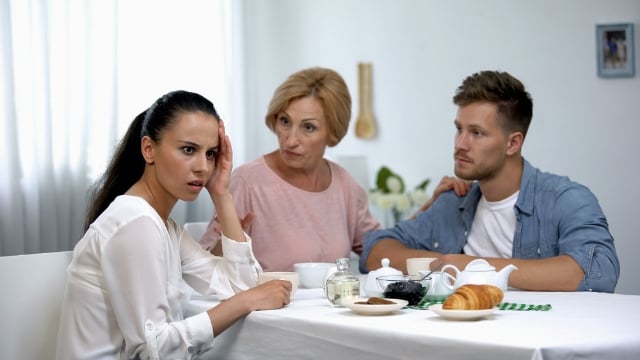 Man asks if it's okay to tell girlfriend not to 'debate' his conservative Christian parents.

When it comes to meeting the parents, is it better to hide your true identity, or let your freak flag fly?

That's a question without a one-size-fits-all response. But one thing we can seemingly all agree on is that it's not okay to order your partner not to be themselves in front of the people who spawned you.

One man asked Reddit if he was an a-hole for doing exactly that, after he told his parents she's not allowed to "debate" his parents about weighty topics that they bring up in front of her.

The boyfriend says he's been dating this woman for six months and "she is a VERY opinionated woman. She studies political science and is very informed about everything that's happening. I love to listen to her political rants and so on."

Recently, they decided to meet each other's parents. When he met her parents, topics like politics and religion didn't come up. But when she met his parents, who are "Christians and rather conservative," she engaged in conversations about both with them: