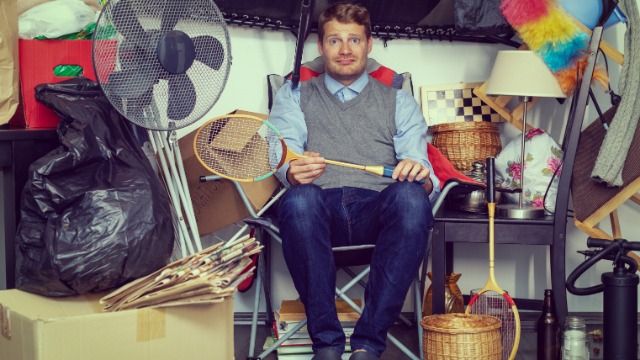 We all have different standards for cleanliness. Especially if we're not hoarders.

Hoarding is not just a quirky tendency to keep crap around, it's a mental health disorder. And one man is wondering whether he did the wrong thing by clearing out his hoarder father-in-law's cabin without asking.

The man took to Reddit to ask if he was in the wrong.

The man explains the family's situation:

My wife is livid with me and thinks I’m an inconsiderate a**hole. Idk, maybe I am. My FIL is a very nice man, but he’s definitely a hoarder. His small house has stacks of magazines, tools, etc everywhere. You can’t even walk down to the basement because it has so much stuff.

He calls the cabin "filthy":

They own a family cabin on a lake that very run down. The property itself is very nice but there’s crap everywhere, half-knocked down sheds, an RV on blocks, you get the idea. On the inside it’s filthy with the largest room dedicated to nothing but stacks of old crap like magazines, broken appliances, etc. with a small path you can walk through.