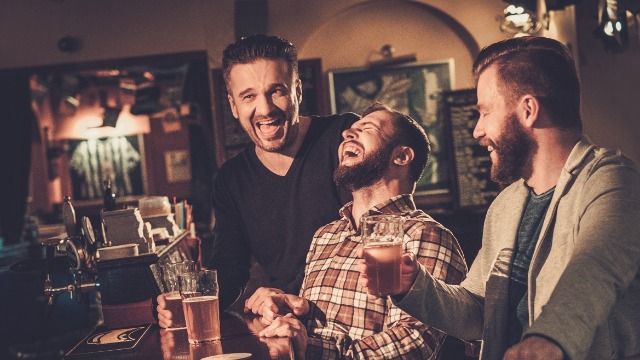 Man asks if he was wrong to laugh at family drama cancelling expensive wedding.

We all know we're not supposed to laugh at other people's misfortunes. But what if those misfortunes are really, really funny...?

A man recently took to Reddit to ask if he was in the wrong for laughing his head off when his relative told him about a botched destination wedding. He maintains that it was funny. But he's also a little concerned that laughing at his relative's misfortune could've been an a-hole move.

The man says this relative is rich and dropped six figures on the wedding:

A relative was planning a destination wedding and paying for everything, immediate families only. He is wealthy and claims to have spent $100,000 on it. Their son was marrying a women from NYC and he flew the entire family to to a beach destination in the Caribbean. They came a week in advance and there were activities every day.

The mother-of-the-groom decided to fight with the bride for three days straight:

Apparently his wife got into a three day fight with the fiance that caused the wedding to be canceled. The argument was over the pettiest things imaginable, the bride was five minutes late for a fitting, ten minutes late for the photos, etc. The bride back out three days before the wedding was supposed to happen, but the family stayed because the rooms were paid for and it was a vacation for them.