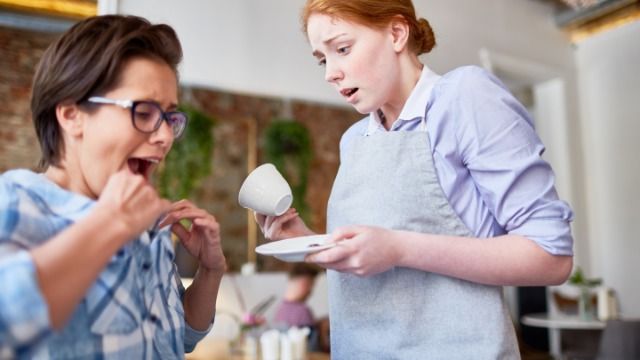 Man asks if he's wrong for not tipping waitress who spilled coffee on him.

In the U.S., it's customary to tip your servers at least 15% of the total bill, if not 20%. Some people say that even if the service was bottom-of-the-barrel, 15% is still required. But others think that a 0% tip is fine for egregiously bad service.

One man is asking whether he's in the wrong for withholding a tip from a waitress who spilled hot coffee all over him. His girlfriend thinks he still should've coughed up at least 15%, but he's adamant that he owed the waitress nothing. He took to Reddit to ask for advice.

The guy says the spill happened while she was pouring his coffee:

Yesterday my girlfriend, myself, a friend and his girlfriend went to get some brunch from a local cafe. We order our drinks and as the waitress is pouring my coffee she ends up spilling the cup into my lap. She looks mortified as all the other tables look over to us, but i assure her its alright and she goes to get some napkins.