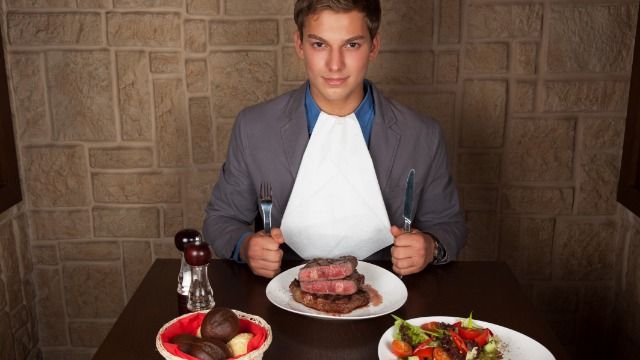 Man asks if it was wrong to put sauce on steak girlfriend made after she gets angry.

He says he's "puzzled" by the fight in his nascent relationship:

I (32m) have been dating my girlfriend (32f) for just under a year. We have (I think) a really good relationship so far, so I'm a little puzzled by a fight we recently had and want to know if I was in the wrong.

She offered to cook for him:

About a week ago she asked if she could come over to my house and make me a nice meal. I told her "Of course; why would I turn that down?" She came over with a couple of porterhouse steaks, some corn on the cob, potatoes, and asparagus. She proceeded to grill everything but the potatoes which she boiled in my kitchen.

He set the table — with steak sauce:

While she was busy cooking I took it upon myself to set the table out on my back deck. I included candles as well as what I considered basic spices and condiments such as salt, pepper, butter, and steak sauce.