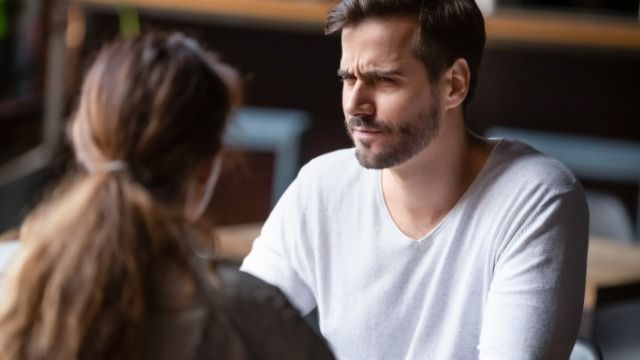 Dating is rough and when someone loses interest fast, it can be hard to tell why. But luckily, the internet exists for people to give anonymous advice to each other!

A recent Reddit thread asked, "Men, what are some deal breakers for a potential relationship, even if they’re very attractive?" The answers prove that men are way less shallow than their reputation gives them credit for.

1. No one likes fighting — except the people who get off on it.

If you can’t have a civilized argument with them. If small differences at the start of the relationship already turn into screaming, shouting, insulting etc. just think about how those important discussions later in the relationship will go… - PhobosDeimosX

2. This will never get better.

Not being able to apologize. Everybody makes mistakes, doesn’t matter. Own up to it and I respect you even more. Seek excuses? Bye! - Attygalle

3. This is a lot of deal-breakers.

Lack of respect for my boundaries. I learned this lesson the hard way once, I've got no intention of letting it happen again.

"Tests" and indirect behavior. If you want something tell me. I'm not playing a game just to see if I'm "worth" your attention.

You don't treat the things I care about or respect seriously. It shows me you won't even put in the effort to act like you care.