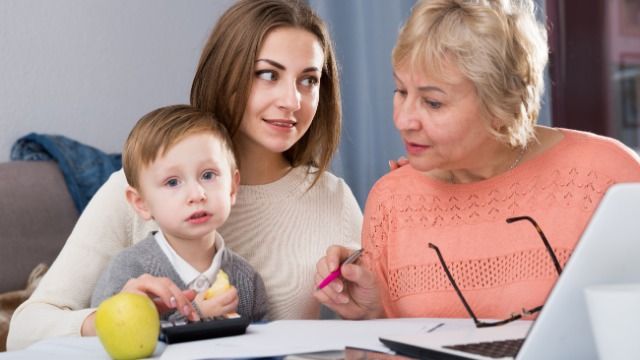 Mom asks if she went too far by accusing step-mother of wanting to kidnap her child.

Introducing kids to religion can be pretty tricky — especially if the person doing the introducing is a little too forceful.

A mom recently took to Reddit to seek advice after she became annoyed at her step-mother for seemingly pushing religion onto her son. She basically accused her step-mom of wanting to secretly convert and kidnap her child, and the step-mom did not respond well. She's wondering if she went too far.

She and her husband have a different religion from her step-mom:

Some background- I and my husband are Jewish. My stepmother converted to Catholicism about a decade ago.

I (29F) and my husband (31M) just had our first child in 2019. My stepmother has been watching him while we work. Until now, that seemed to work perfectly- but I’ve been noticing some decidedly Jesus-y bits to his babbling.

Her step-mom shrugged it off:

I confronted her, and she basically shrugged and said he must’ve overhead her talking. She knows we’re firmly Jewish, we’re religious, hell, she raised me Jewish.

It continued so I confronted her. The argument got heated, with her getting defensive and saying she “didn’t see the big deal in telling him some Bible stories”.