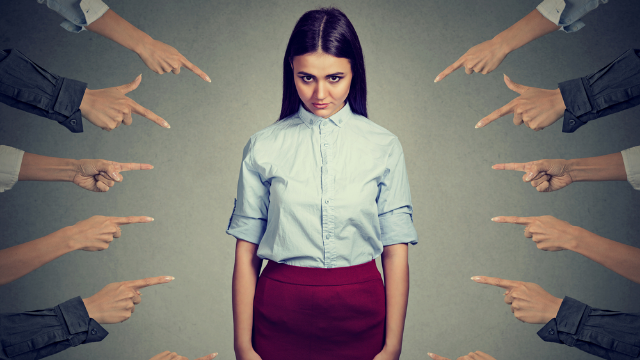 13 people share the awkward moments that keep them awake at night.

Insomnia has many causes: anxiety, acid reflux, asthma. And, of course, childhood embarrassing moments coming back to haunt you at night.

We all have one or two embarrassing moments that are so profound, they keep us awake at night. The people of Reddit recently convened to share a few, and they're doozies.

1. This person learned the hard way that friendships take time to develop.

I was at a new school and had just made my first friend. She was showing me around and we were walking down the hallway. I grabbed her hand. This was a normal thing to do among my old friend group. We all held hands all the time. It was NOT the norm at this school. Really weirded her out. Many, many others as well. But that’s the one that came to mind first. - MusicalMelfree15

2. We all learn sooner or later that being able to say "¿donde esta la bibilioteca?" doesn't make you fluent in Spanish.

One time when I was 16 I went on a ride along with my local police department. They got a call from a woman who spoke only Spanish to come to her apartment building because her neighbors were being jackasses and harassing her. So we go up to her apartment to ask her what had happened. And she is crying extremely hard and trying her best to explain the situation in broken English. So my dumbass thinks “I got an A in Spanish this year, I bet I could understand what she is saying and help the situation”. So I tell the police officer that I could translate what she is saying. So she is speaking through tears and is basically incoherent (not that I could have understood what she was saying if she was not upset), and after she is finished the officer looks at me ready for my response and what do i say? “Yeah, she’s really upset.” The way that the officer looked at me will be forever seared into my brain. I am a dumbass. - lame_user_name