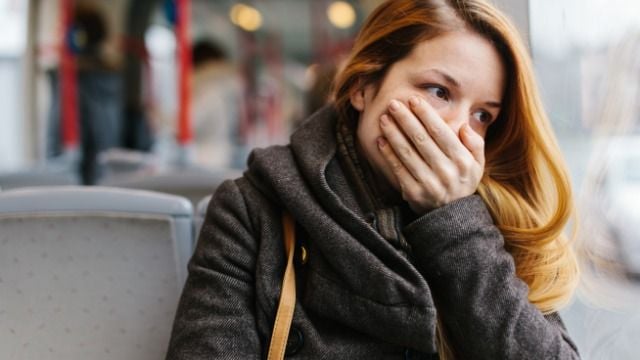 18 people share the weirdest thing that happened to them on public transit.

Public transportation can be an inexpensive, sometimes time-saving solution when you live in a big city. But the problem with public transit? Well... the public.

You never know what you're going to witness when you jump on a bus or train. A recent Reddit thread asked, "What's Your Strangest Story when using Public Transport?" The answers prove that anything can happen on your morning commute.

Some guy leaving the bus told me to watch out because there was pee on the steps. I was like damn, thanks for the heads up. But when I stepped on the bus there was only a peice of paper on the ground with a big letter "P" drawn on it. Not traditionally strange but strange. - dendei-sensei

A guy was trying to sell Axe body spray on the Red Line in Chicago at 2am. He sang a little song and started pointing at people for them to buy from him. No one wanted to, so he started yelling and screaming profanities while stomping on to the next car. You have to respect his hustle. - mayaesteve