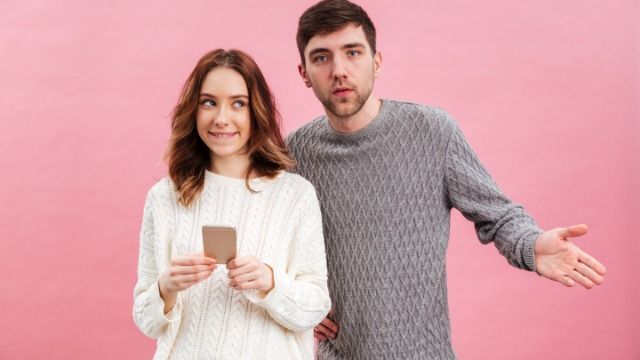 Dating an influencer is all fun and games until they start lying about your relationship for social media clout.

One woman has asked if she was wrong for exposing her boyfriend's lies online — and possibly messing up his following count. The woman took to Reddit to ask if she was the a-hole in the situation.

She says her boyfriend has a decent following:

I am 20F. My boyfriend (21M) downloaded TikTok a while ago & developed a decent following, nothing close to Charli or anything but around 80k followers which is pretty impressive. Most of his videos are "thirst trap" type videos (basically him just being hot on camera lol), which I am totally fine with.

However for the past month, he's been trying to push out more content because he wants to hit 100k followers before his birthday in April. He's gone from spending 2-3hrs filming per day to close to 6hrs (filming, editing, etc). He's still in school and I work during the day, so the time he spends filming is now cutting into the time we used to spend together.