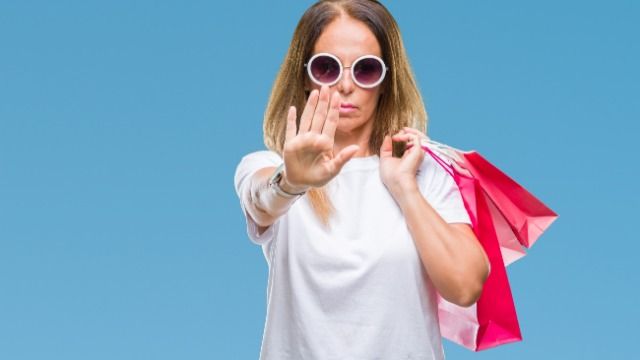 Girl asks if she was wrong for letting mall security arrest mom.

We should all pretty much know by now that yelling at retail staff is frowned upon at best and problematic at worst. Right? Right?

Well, not everyone has gotten the memo. Many, many people are still acting like a-holes to low-wage workers, despite the many memes lambasting "Karen"-ism.

A teen recently took to Reddit to ask if she was in the wrong for letting mall security arrest her mother after some very overbearing behavior. Was she an a-hole for letting her mom go through this? Here are the details.

The girl says it's sometimes "hard to go out in public" with her mom:

My mom 48F and I 16F have a strained relationship, she's a good mom but she can be too strict and overbearing at times. My mom is also sort of a Karen, she's not so bad but sometimes it's really hard to go out in public with her.

She'd asked a shop at the mall to hold some shoes for her:

Yesterday we went to the mall to pick up some shoes that I had on hold, and when we got there the cashier said that he didn't see any shoes registered to my card (we used my mother's card to pay). I don't want to say the name of the store but basically to hold an item you need to pay a fee, it's usually half the price of the shoe you're trying to hold and you pay the other half later.