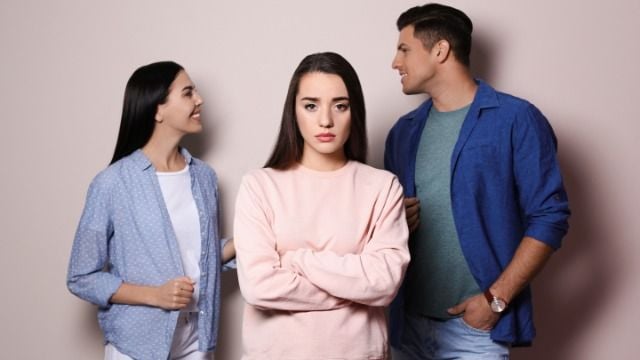 Woman asks if she's wrong for not letting fiancé invite his ex to wedding.

She says he has two children with two different women:

My fiancé (M) and I (F) are getting married in the next year (we are both in our mid 20s). He has 2 children to two different women, one was “accidental” when they both were late teens and one was during a long term commitment relationship with A.

My fiancé and A still have a great friendship and he is more involved in her life due to them living in the same city while he’s not as close to the other mother (B) of his child and only really talks to her about their said child.

The wedding is coming up but she doesn't want his ex to come:

We have an extremely small wedding coming up. We both wanted it to be small and inexpensive and just have some close friends and family. My fiancé wants A to be there and at first I said okay but to be honest I really don’t want her there. He said she’s his friend and since he wants his 2 kiddos there, she’ll look after them.