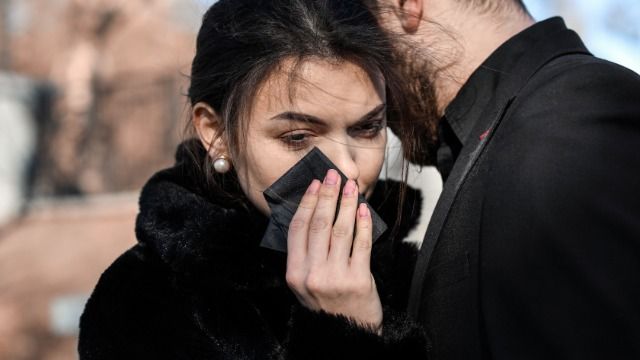 Woman asks if she was wrong to kick disrespectful SIL and niece out of mom's funeral.

If there's one event where people should know how to behave themselves, it's a funeral — right? Right?!

Apparently not. One woman has taken to Reddit to ask if she was wrong for kicking her sister-in-law and niece out of her mother's funeral after they acted impolitely. Her husband thinks she should've given them a pass, and she isn't sure what to do.

The woman is very upset that her mother died:

My mother passed 20 days ago. I'm a mess I can barely keep up with work as well as taking care of my younger sisters who are heavily grieving.

She's not a huge fan of her husband's sister:

Before I talk about what went down at the funeral I'll talk about my husband's older sister (44) she's like a mother to him (His mother died when he was 8 so his sister basically raised him.. me and her don't agree on many things. She can be disrespectful and rude, she tries to boss me around and gets involved in my marriage a lot.