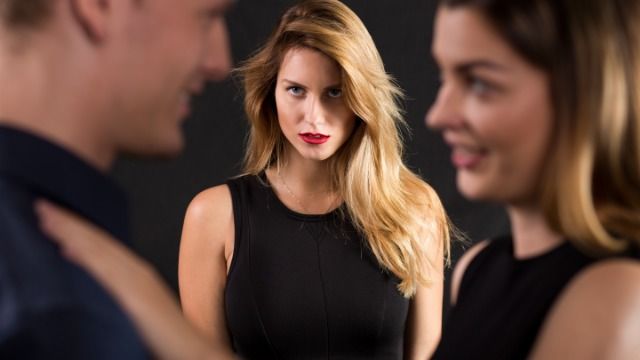 Different families have different ways of showing affection. And sometimes, this can cause friction in relationships.

A woman recently took to Reddit to ask for advice after feeling like her boyfriend and his sister might be a little too close, because of the way he hugs her. The plot twist: she's going through a really hard time. So is this girlfriend right to be concerned, or is her boyfriend just a really good brother?

The woman explains the crappy circumstances surrounding her boyfriend's sister:

My(23f) bf (24m)'s sister (26f) had her first kid quite young at 21. Her daughter is now 5and has developed a cancerous brain tumour. Her fiance and the baby daddy un-fianced her ( I don't know the proper term because I don't think break up works here). It's obviously all been really hard on her so my bfs been comforting her but I don't like that he cuddles her.

Uh oh. So how does he cuddle her?

LIke she'll hug him he will put his arm around her and stroke her back or something and she'll just cry into his chest. Im not jealous because he cuddles a lot with me as well but I just think it's weird. I understand that it is his sister and she is going through a hard time, but I still thought it was weird and felt a little uncomfortable.