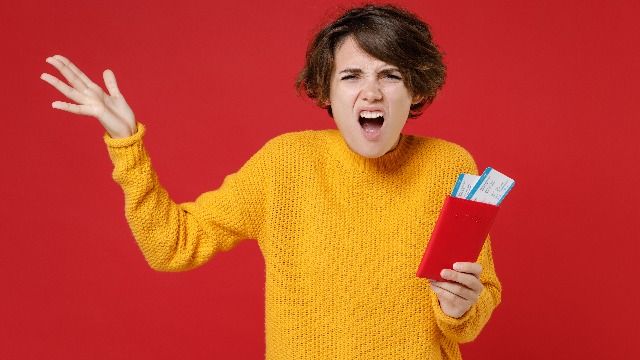 People are applauding this airline manager who banned an angry 'Karen' from flight.

People are applauding an airline manager's calm and comprehensive takedown of a "Karen." In the video, Mr. Manager says that Karen would not be allowed on the plane because of her belligerent behavior, which included calling an employee a b*tch.

"First of all...second of all...you called my employee a b*tch. Completely uncalled for, inappropriate, you're not gonna travel. We told tolerate that crap with us. At all. So you can find another carrier to fly. I suggest Spirit," he said.

When the Karen continued to whine, he dropped a second verse of his diss track.

when asking for the manager after disrespecting employees doesn’t go as planned 😭 pic.twitter.com/rhniOO57Cp