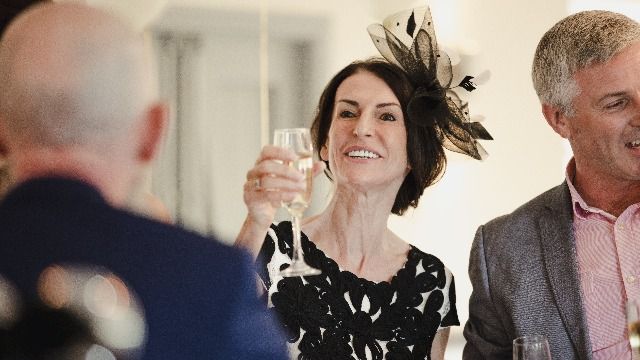 Bride asks if she was wrong to kick mother out of reception after 'homophobic' speech.

There's a time and a place for everything...except bigotry. There is never a time or place for bigotry, but especially not at a happy occasion like a wedding reception.

A woman who has dated both men and women wrote into "Am I The A**hole?" asking if she was wrong to kick her mom out of the party for remarking that she's relieved her daughter married a man.

The bride opened the post by describing her dating history and her relationship with her mom:

I’m (F28) demisexual, and have dated both genders before; I actually have dated/fallen in love with more girls which will be relevant.

My parents divorced when I was in my senior year of high school, and I came out to both of them on separate occasions after that. Both of them took it well I think.

Anyway, I kind of fell out of contact with my mom. She remarried and had a new family, while I was at uni in another state. Things got busy. It wasn’t until last year that she called me out of the blue and wanted to start talking again. I was more than happy to do so since she’s my mom and I’d missed her. We filled each other in on each other’s lives and things were good.