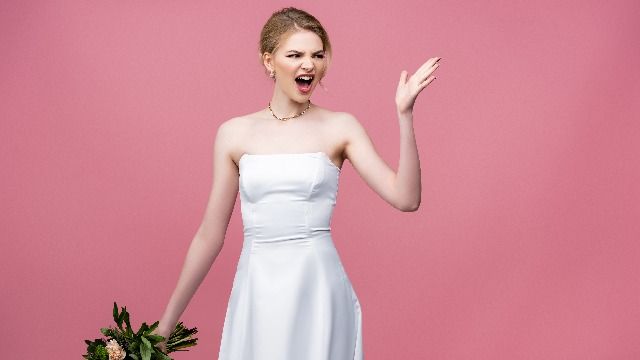 Bride asks if she was wrong to demote maid of honor for having public speaking anxiety.

Glossophobia, fear of public speaking, is a common ailment, and to one bride, it's a disqualifying one.

With only a month to go before her wedding, a bride posted on "Am I The A**hole?", inquiring whether she was a jerk for demoting her Maid of Honor who struggles with anxiety and does not want to make a speech at the reception. Rather than having someone else speak, she stripped the title away from a person who was presumably her closest friend and pretty much shamed her to strangers online.

I am getting married next month. My fiancé and I were expecting speeches from the best man, maid of honor, and our fathers/mothers.

I let my maid of honor know about 6 months in advance that she would need to give a speech. Just last week, she came forward and said she has had bad anxiety giving speeches, to the point of panic, and didn't want to give a speech at my wedding.

So I told her that the speech is really important to me, and I would be choosing another bridesmaid to be the maid of honor. Well...she was clearly upset but just said "ok..." and that was it.