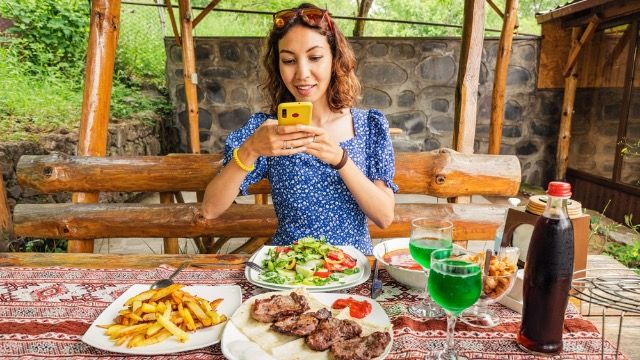 Man asks if he was wrong to tell influencer girlfriend to stop recording him eating.

In the age of social media, dating is much more public than it used to be. Some people enjoy this but it can also get in the way of living in the moment as every moment becomes a way to show off on social media. If you ever wondered what it's like dating an influencer have no fear because the internet is here!

On a popular Reddit thread, a man asks if he was wrong to tell his girlfriend that it's annoying that she goes live on social media when they're eating dinner.

AITA for telling my girlfriend to stop recording dinner because it's annoying?

OP is dating a gym girlie.

My girlfriend 33F and I 26M have been together for about 2 months. I'll give a bit of backstory. My girlfriend is an absolute gym shark and has a pretty good fit as she works out really early in the morning every day.

She also records these workouts and posts them on her social media. She has a whopping amount of followers for being a relatively normal person, meaning she's not a celebrity. About 130K followers to be exact. Most of her videos are usually thirsty guys talking about her body but I bite my tongue because she's with me.