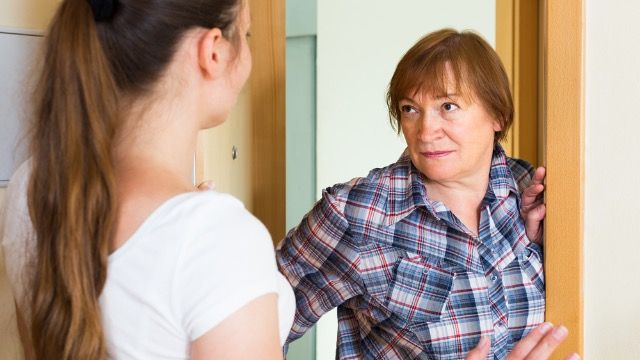 Woman asks if she was wrong for telling chatty neighbor she doesn't like her.

Moving to a new place can be nerve-inducing. You hope that the community you join is welcoming. You also hope that the people that move into your community aren't total weirdos.

On a popular Reddit thread in the Am I the A**hole Subreddit, a woman deals with a neighbor that she would classify as a total weirdo.

AITA for telling the new neighbor I don't see us being friends?

OP is a proud member of the anti-social social club.

My husband (36m) and I (29f) have lived in our neighborhood for about five years. Our house is towards the edge of the complex, and neither of us is very social, so we keep to ourselves. The rest of the people in our area tend to do so as well.

Not the political signs!

We had someone who moved in down the street maybe a month ago. I didn't know much about the new neighbors, except when we drove by, it looked like they had young children and some political signs out in front that indicated we were on opposite sides of the political spectrum.

The new neighbor does a good chatty Cathy impression.

Two days ago, there was a knock on the door. I opened it because I was expecting a package, and it was a woman about my age. She introduced herself as the new neighbor and started talking a mile a minute. She told me that she had three children, was a SAHM (stay-at-home mom), was new to the area, and some other stuff that I don’t remember.