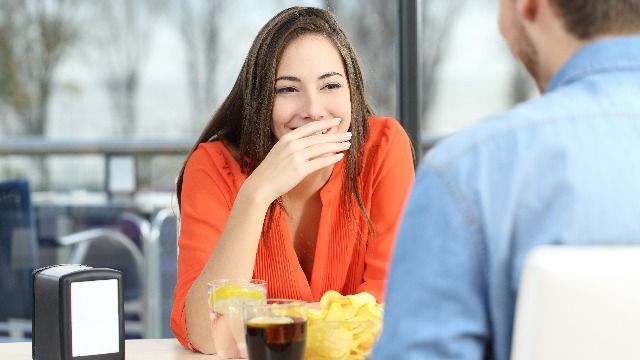 21 women share the cringiest thing someone ever said to them while flirting.

Flirting is a rough game that's inherently cringey. You're vulnerable, but pretending that you're not vulnerable as not to seem desperate, and some people tend to overcorrect with overconfidence. Pickup lines and dating banter are like the Extreme Sports of Casual Conversation, and there are a lot of flops. Women on Reddit shared the worst sentences that have been uttered to their faces to try and win them over, and it's baffling that anybody thought these would work.

2. "Oh my god, I was on a second date with this guy and he shows me his Spotify liked songs, and as he’s scrolling I notice he has the ENTIRE Bee Movie soundtrack liked in a row.

So of course I laugh and mildly make fun of him and he goes super serious and says it must have been a friend, definitely wasn’t him. I’m like ok dude and just change the subject. Later that night he texts me a wall of text saying how disrespectfully I spoke to him and how rude he felt I was lmao. 🙈 He was so bent out of shape, I apologized for making him feel bad and said I didn’t want a third date, and of course he had to get the last word in saying 'yes I DEFINITELY don’t want to continue this. And you didn’t even apologize for what you said, just how you made me feel, so thanks for that.' It was so cringgeee and childish!"--plant-based-