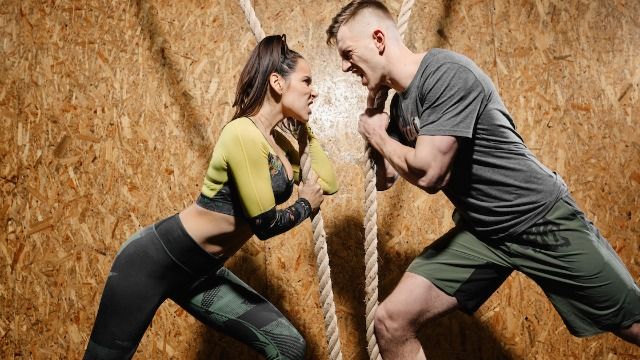 Ideally everyone trusts that their partners will stay loyal even under the most tempting of situations (a sweaty morning workout in a basement), but sometimes you just can't be too careful...

So, when a conflicted husband decided to consult the moral compass of the internet otherwise known as Reddit's "Am I the As*hole" about a disagreement he had with his wife over an alleged "homewrecker," people were quick to help deem a verdict.

AITA (Am I the As*hole) for being upset that my wife wanted to work out with a homewrecker?

My (M44) wife (F43) has a colleague from work "Joe", and Joe split from his wife a year ago. Joe also runs a home-based business as a fitness instructor. The way I understand it, he has his basement and backyard full of equipment and people pay him in either groups or as individuals for training in his basement.

My wife took part as part of a group this summer, the sessions were at 7:30 am, and she told me one day that as she was arriving, a different colleague of hers (female, middle-aged, also a client of his) came walking out of his kitchen having a coffee, clearly having spent the night.