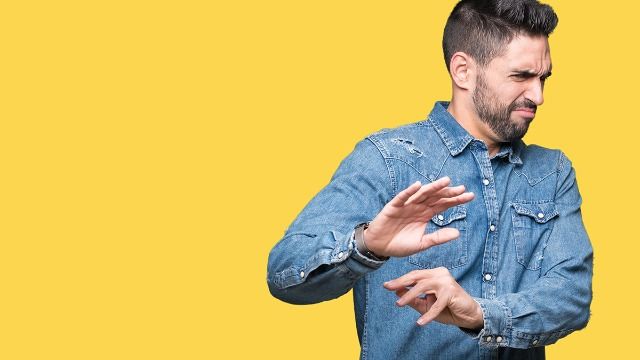 Husband says wife acts 'crazy' on her period; she proves she's not; gets called 'nasty.'

AITA for pulling my pants down and showing my husband my underwear after he insisted that I was on my period when I wasn't?

My husband has a habit of blaming my behavior/reaction on my period. For example, when we argue he'd say "I won't argue anymore since you tend to act crazy when you're on your period" or even say "I know you didn't mean to do/say that but couldn't help it since it's that time of month for you...". It's so irritating and it prevents me from being allowed to express myself.

It happened again last night at dinner table. We had an argument about him forgetting to fill my car with gas after he used it and when I expressed my frustration he said "we will not talk about this now since you appear to be on your period". I said that I was not on my period and that this was just me feeling frustrated with him.