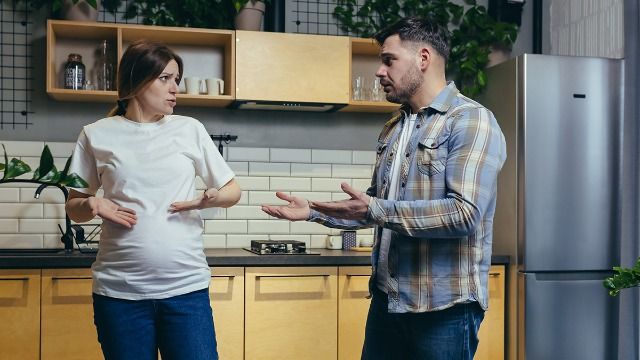 Man's pregnant wife borrows his underwear; he 'flips out,' says she's 'not allowed.'

AITA for borrowing my husbands underwear?

So I (28f) am about 7-8 months pregnant and while I've thankfully not gained a lot of weight, my belly has grown a lot and I find that most of my underwear is too small and cuts into my sides/bottom of my belly. After a while I started getting a rash in the places where it was too tight due to friction I guess.

So one day I was getting dressed and I was getting frustrated about the rash and the underwear being too small, so I figured I'd try on a pair of my husbands (29m) boxers. They're size L and too big for me, but OMG it was the most comfortable thing I've ever tried on in my life. Breezy and loose and even the places where I had the rash didn't hurt.

My husband had already left for work for the day, so I decided to just borrow them. At the end of the day we both come home and I tell him that I borrowed his underwear and asked if it was okay to continue borrowing some until the baby comes (less than 2 months left) or at least until the rash is better. He seemed a bit weirded out but said it was okay.