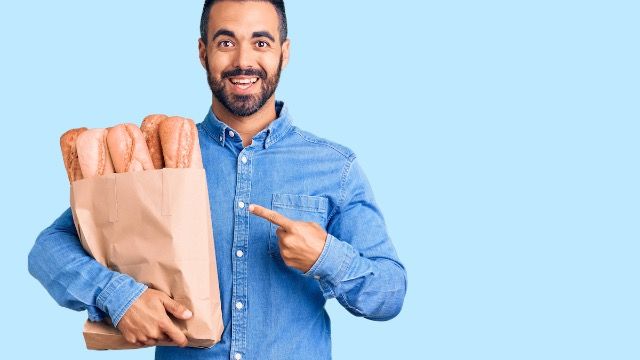 Woman with celiac wonders if it's bad to not let husband eat gluten near her.

When you have celiac disease it can feel like you can't eat ANYTHING. When this man is upset

"AITA for getting mad when my husband eats gluten around me?"

I (19F) recently got diagnosed with celiac disease. It started as a terrible rash which could only be described as sleeping in a bag of fleas and fire ants. It was hell for around two weeks because doctors had no idea what was happening to me.

It was all over my body and I was scratching so bad my skin was opening and bleeding everywhere. Medications werent working. Basically, i was extremely miserable.

So after doing my own research I decided to try to cut out gluten. After a week the rash went down and I felt drastically better, not just rash wise but mentally. I finally went to the doctors with my findings and they agreed that it was celiac.