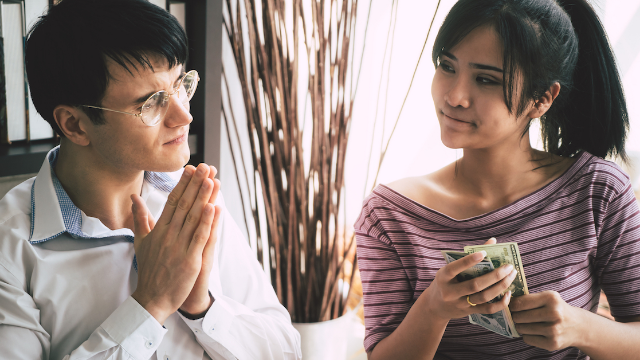 21 people share stories of getting scammed out of money.

A fool and his money are easily parted. But no one thinks themselves a fool. And that is mistake #1.

From the classic Nigerian Prince scam claiming that you've won millions, to a coworker raising money for their dubious Kickstarter project, you can be taken for a ride in the most unexpected and unpredicable ways.

In a recent Reddit thread, people shared the strange, hilarious, and even awkward ways they got scammed out of hard-earned cash, and reveal how much they lost.

Take heed and learn from the mistakes of these poor souls who lost their money thanks to bad-intentioned friends, strangers, and family.

Got a total of 1k for Christmas from aunts and uncles. Parent's told me they where just gonna "hold" it for me. That was 2 years ago and turns out they already spent it for a brand new TV.

2. Spacey_Guy invested in a Kickstarter that didn't pan out: