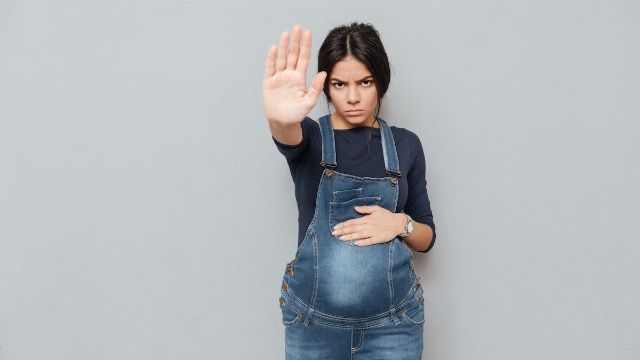 Man asks if he as wrong be mad at partner for announcing potentially 'fake' pregnancy.

Being infertile can bring people a lot of shame, and it shouldn't. Anyone struggling with this should have a partner that is there for them no matter what. But in this odd internet scenario, an infertile man gets duped by his "fake pregnant girlfriend," who then, out of nowhere, gets "actually pregnant?" When this man loses it on his partner for announcing that she's pregnant after faking a pregnancy in the past, he takes to the popuar Reddit forum to ask:

"AITA for getting angry when my partner announced she’s pregnant?"

My partner (34f) and I (28m) have been together for 5 years. She has a daughter (8) from a previous relationship. Right off the bat, it was made known I had fertility issues and likely wouldn’t ever be able to father a child. I moved slow in the relationship, although I had fallen in love with her fast.