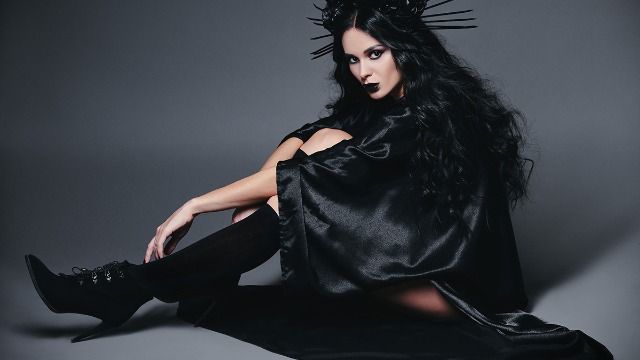 I have two daughters Ashley (26F) and Alex (15F). I'm gonna start by saying they don't get along that well because of their age difference. Recently though they have been getting closer since Ashley let Alex help plan the wedding. It was really nice that she included her.

Well the wedding was yesterday and it was supposed to be formal attire, so we both got long dresses. Alex was supposed to wear the dress she got which was sage green. Alex normally wears emo clothes, which is fine. She came down in the green dress, but she had put a large slit in it that goes up to her thigh.

She also added a skull necklace, earnings, punk rock boots and really dark makeup. I told her to take that jewelry off quickly and give me the dress so I could fix the slit or at least make it shorter.