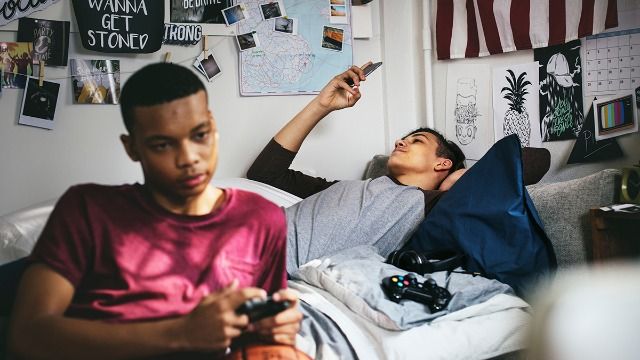 AITA for grounding my son for abusing my trust and banning his "bestfriend" from spending the night anymore?

So my son Sam 15M is gay which isn't an issue , he came out in the 8th grade. Sam has a bestfriend Joaquin also 15M who hes know since they were 5. Joaquin lives right down the street and has spent the night countless times with no issue. he's a good kid and we're friends with his parents.

Until now I assumed Joaquin was straight as far as I knew I've only ever heard the kid talk/ask about girls or advice with girls and he had a girlfriend for a while. So even after Sam came out I was perfectly ok with Joaquin continuing to stay the night.

That is until over the weekend when I got up in the middle night to pee and decided to check on the boys. I caught them making out in Sam's room. Apparently Joaquin is Bi and theyd started dating a few months back under my nose.