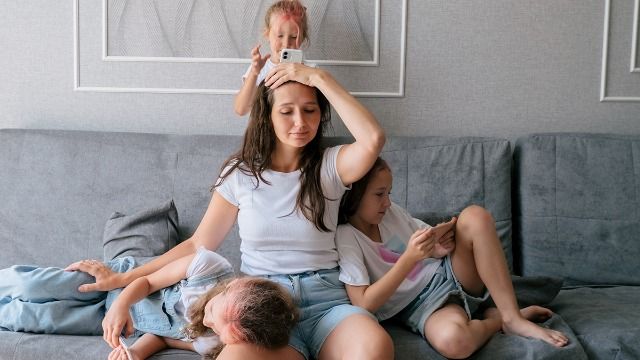 Woman asks if she was wrong to fire babysitter for bringing her mom into the house.

AITA for firing the babysitter after she let her mom into the house?

I recently hired a babysitter a few times over this month. Our kids are ages 5, 8 and 10.

The babysitter, who we'll call Gabby (F21), lives just a 10 minute drive from us. Gabby is my coworker's younger stepsister. She's a student doing a side hustle and lives with her parents. I paid her more than the normal market rate for three kids because she agreed to do it on quite short notice.

One day when Gabby was babysitting the kids from 10am to 2pm, I got an alert of motion detected on our doorbell camera at around 1:30pm and I saw an unfamiliar woman coming into the house. I was super confused and a bit alarmed at first. She was in the house for maybe 15 minutes, then left and sat in her car.

I confronted Gabby about it and she said that the woman was her mom, and that she was giving her a ride home. I told Gabby there was no reason for her mom to come into the house and that she can't let other people inside unless it's an emergency. She could've at least texted or called one of us.