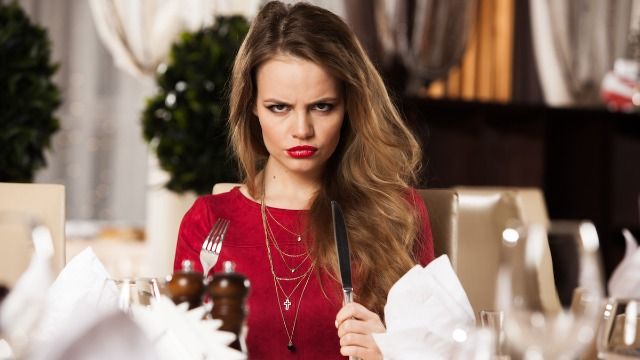 Woman asks if it's wrong to demand compensation after meal was ruined by gender reveal.

Gender reveal parties have gotten more popular and elaborate in recent years. Excited parents-to-be have found increasingly creative ways to announce if they're having a baby boy or girl. Unfortunately, the color-coordinated pyrotechnics, glitter bombs, and smoke bombs have caused some distress to the unsuspecting bystanders caught in their crossfire. Reddit user u/Electric-Cookie-17 was simply dining out with her husband when she (and her food) were unexpectedly bombed with pink "it's a girl" glitter.

Now she's asking the internet, "AITA (Am I The A**hole) for asking for compensation on my meal?"

I, (44f) was at a restaurant with my husband, (50m) I noticed a couple of people, a man, and a pregnant woman, sit down next to us and I could hear them rambling excitedly about the woman’s pregnancy.

A couple of minutes later an older lady, who I assumed to be the woman’s mother, came in and sat down too. The soon-to-be-mother announced that they had found out the gender of the baby.