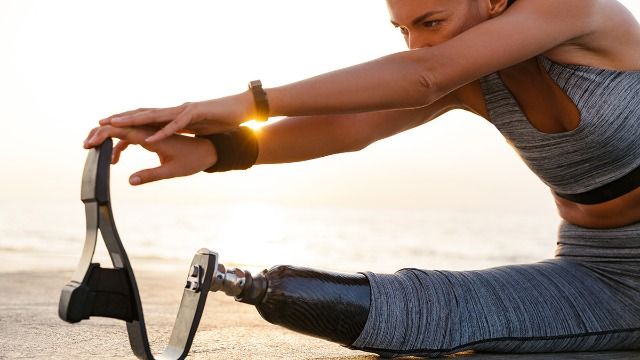 Girl with prosthesis asks for advice about boyfriend pressuring her to take it off.

I (19F) have a below the knee prosthetic as I lost my lower left leg as a child in a car accident. I move well in it and it in no way hinders my day to day life. I've been seeing a guy (24M) for 5 months now and things are going great for the most part. The one issue i'd say is that he is insistent on me removing my prosthetic around him.

My leg despite the fact I can move well in it is a source of trauma for me due to bullying and having had past partners be repulsed once I took it off around them and I told him as much but all he took from that is I don't trust him and think he'd be swayed and not like me anymore.