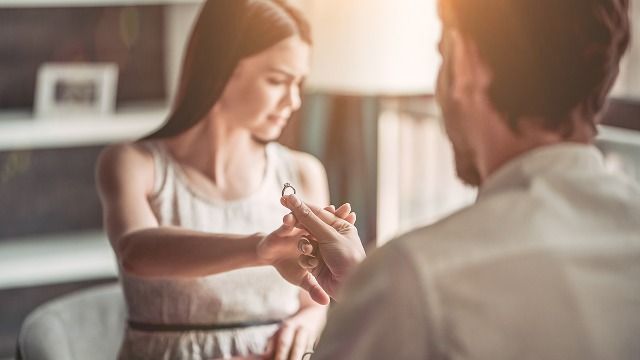 Woman asks for advice after ex threatens to sue her for dumping him in public.

"Just want to say this is going to sound insane but I am not trolling/making it up."

Me and this guy were together for 3 years. We're 19 now. We never talked about the future until a year in. Before then I'd try to discuss it and he would change the subject. In short, I wanted kids, he didn't.

I wanted to stay in Ireland, he didn't. I wanted to get married, he didn't. When I realised it was a bad match I broke it off but he asked to get back together, saying we were too young to worry about the future, and we got back together. This happened a few times over the next 18 months In this time we probably spent more time apart than together.

If I were dating him 10 or 15 years from now and he didn't want to get married, then I might have an issue, but when I'm barely out of my teens, it's not a huge concern, and just loving him and wanting to be with him is enough.