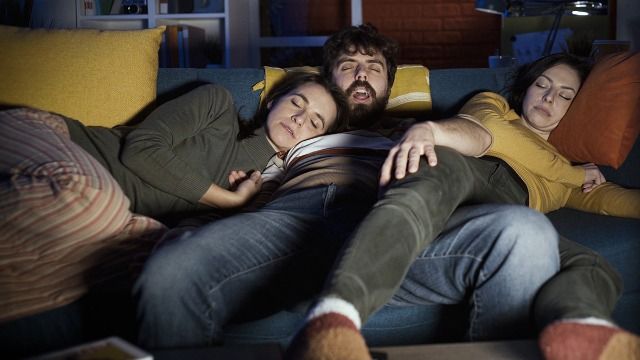 AITA for kicking out my boyfriend's homeless friend?

So My (f22) boyfriend (24) has this friend (f25) who moved in 4 months because she had nowhere to go. Now I didn't mind having her as long as she respects our boundaries and the rules around the house but that's definitely not it.

She is very loud, comments on everything and just does inappropriate stuff in general and excuses it, just saying that's how she is. She doesn't help at all besides maybe cooking sometimes but doesn't clean up the mess she makes and she invites people over whenever she wants.

She changes in the living room in front of us (literally took off her underwear) and i asked her to change in her room but her excuse is that she was trying to feel like home and then she suggested i should too as it will strengthen my bond with my bf. I talked to my bf about how im kinda uncomfortable with this whole situation and he told me not to overthink about it and that she's just very unbothered and cool.