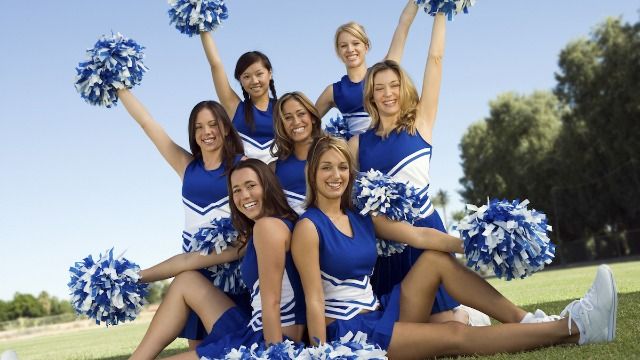 After Morgyn Arnold, an eighth grader with Down Syndrome, was removed from her cheerleading team's photos in her high school yearbook, her older sister Jordyn Poll decided to speak out.

Morgyn, 14, had attended practice sessions, learned the routines, cheered at all the home games, and was officially "team captain," Jordyn told NBC News. So naturally, she was "devastated" to learn that she'd been left out of the cheerleading photo included in the school yearbook and other school and promotional materials.

The Shoreline Junior High cheerleading team sat for two yearbook photos: one prominently included Morgyn, and the other, which made it in to the yearbook, did not.

So @shorelinejrhigh has a young woman with Down syndrome on the cheer squad. They took a team photo with her in it. Sent her away. Then took another photo to use for their publicity.