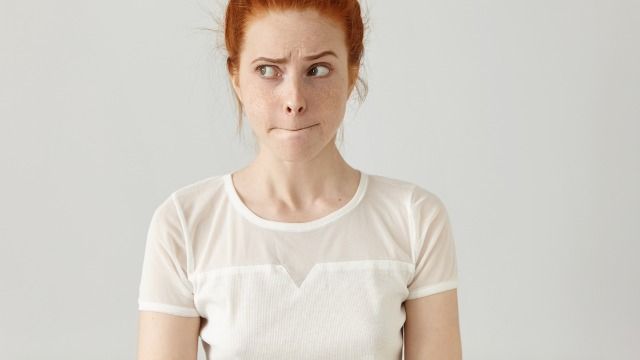 16 people share the small guilt that still haunts them to this day.

The most likely scenario is that nobody remembers that cringe-inducing awkward and borderline evil thing you said at recess in 2nd grade, but what if they do?

So, when a Reddit user asked, "What's that small guilt that haunts you?" people were ready to reveal the petty, trivial, or tiny ounce of shame and embarrassment that still occasionally wakes them up in a cold sweat when the clock strikes 3 AM.

I was cleaning my cousin's room with him when I was 7 or 8 and ended up pocketing a little toy boat. I never told anyone about it but it haunted me for years. - broostenq

I was on an elevator, and for fun I pressed every button. Suddenly, the most innocent, nicest looking old man steps on. His voice ushered "Going down?" And before he finishes that phrase I run off with horrible embarrassment. Guilt. So much guilt. - IThoughtInsideTheBox

I suggested to one of my friends to call one of those "how's my driving?" And leave a bad review. - Reemertastic