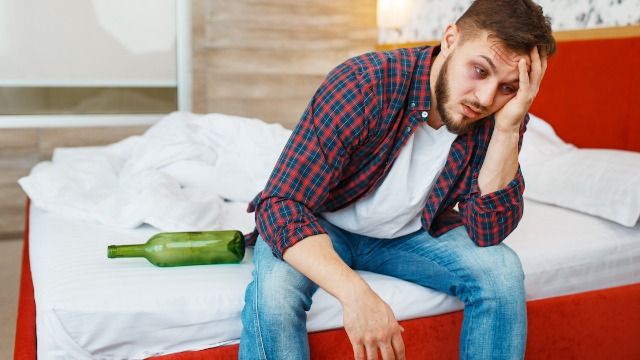 One of the weird things about the human brain is its ability to completely forget things—and I'm not just talking about your dad's birthday or where you put your car keys. Whether it's brought on by excessive alcohol consumption, sleepwalking, drugs, or health issues, there are few experiences more disorienting than doing or saying something that you have zero recollection of doing or saying after-the-fact. This is why memory loss is such a common trope in thrillers and horror movies.

In a popular Reddit thread, someone asked: "What was the craziest thing you have ever done that you did not remember doing?" Alcohol is one helluva drug, folks!

These 17 people share their stories of the most bizarre, shocking, and in some cases hilarious things they've done that they don't remember doing:

Many years ago, my crush confessed she had feelings for me and we began dating. Not too long after, the first night she slept over, we fooled around a bit then went to bed. When I woke up in the morning, she was on the floor. So I'm like "Am I really that bad to sleep with? Why are you down there?" According to her, in the middle of the night I had pushed her off the bed, and told her "you have to sleep on the floor." We dated for 5 years after that.