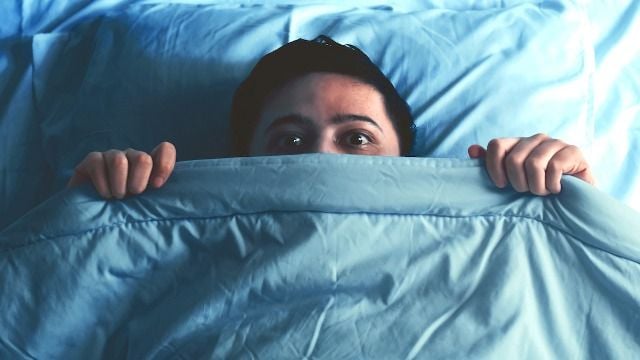 21 people share the scariest thing that's woken them up in the middle of the night.

Nobody likes to be woken up in the middle of the night. It's disorienting and annoying, and messes with your REM cycle! But to be woken up and then scared sh*tless is a double-whammy I wish on nobody (except maybe my high school bullies and Tomi Lahren).

Someone asked Reddit: "What's the scariest thing that's ever woken you up during the middle of the night?"

These 21 people shares stories of the creepy, scary, and nightmarish scenarios that woke them up in the middle-of-the-night and, well, I may never sleep again:

Woke up to my dad covered in blood shaking me like a lunatic. Apparently he had a dream that he was in an army and was killing people he woke up went to the bathroom saw he was covered in blood (from a nosebleed) and thought he sleep walked murdered his family.