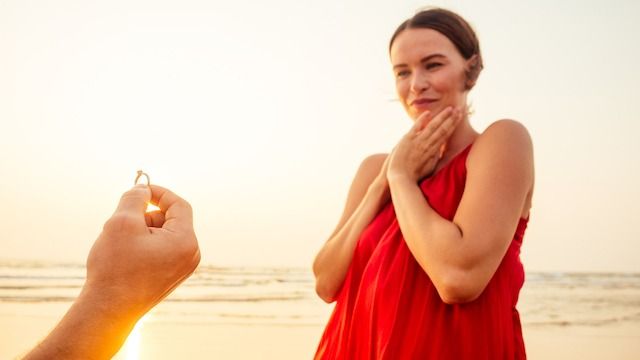 Man asks if he's wrong for proposing to girlfriend at brother's wedding.

There are certain wedding faux pas in our culture that are so egregious even the mere mention of them will make a Bridezilla's blood boil. Wearing white to a wedding, bringing a guest without a plus-one, and of course, the dreaded mid-wedding proposal are all major no-nos.

You'd think by now, everyone would oblige by these unwritten wedding rules, but Reddit user u/Ehaler went ahead and asked his girlfriend of ten years to be his bride smack dab between his brother's ceremony and reception. His brother and new sister-in-law were enraged by the announcement on social media a few days later.

Now this groom-to-be is asking the internet, "AITA (Am I The As*hole) for proposing to my GF at my brother's wedding and posting it on social media?"

My brother and his wife got married last week. It was a big beach wedding with about 100 people. While the bride and groom were doing their photoshoot which took an hour, the guests were walking down the beach, having some snacks that were served, talking to each other etc. We were waiting for the dinner to be served and just killing time.